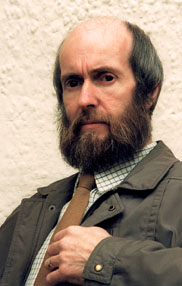 Colin Maxwell Ross Hunter, known as McQueen, is a retired senior conservation officer and master craftsman for Glasgow Museums and Art Galleries. He has built the models of the ‘QE2’ and the ‘Royal Yacht Britannia’ which can now be seen in Glasgow’s Riverside Museum.

In the museum’s previous incarnation as the Glasgow Museum of Transport in the old Kelvin Hall he was responsible for the conservation and restoration of the extensive ship model collection and also painted the large Kelvin Street mural which was on display until the museum was moved. He also built the ship-model of the ‘Strathclyde’, which is housed in Glasgow’s Burrell Collection.

Colin began his working life as a pattern-maker and later worked as a stonemason at Robert Gray’s Monumental Yard in Sauchiehall Street. His main interests, are in drawing and sculpture.

In 1999 he produced his first book – Rantin’ Rovin’ Robin, a richly illustrated story of the life of Robert Burns. Colin built the unique scale model of Burns’s Mausoleum, which toured the country’s Museums and Galleries throughout Burns’s centenary year of 2009. He is a Honorary member of five Burns Clubs. 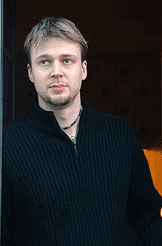 Douglas M. Hunter is a tour-guide, musician and songwriter. He has  many commercially recorded works including two solo albums and is currently working on a third. He is the singer, front-man and guitarist of the well known Glasgow based band, ‘The Picts’, with whom he has played over a thousand audiences at home and abroad, including appearances at festivals such as, The Interceltique Festival of Lorient, Brittany; T in the Park, Scotland’s biggest music festival and the Glasgow George Square Hogmanay Bash, playing in front of 40,000 people. Co-founder of ‘The Court of Equity’, a band focusing on the works of Robert Burns.

These days he can be found touring around the countryside with Rabbie’s Trail Burners sharing his knowledge about Scotland and telling dramatic stories.

Douglas is also qualified and enthusiastic genealogist, gaining a PGDip with Strathclyde University in 2011. He is extremely happy searching through archives and wandering in old graveyards.

He is related through his mother to the nineteenth century Ayrshire authors A.B. Todd and John Taylor Gibb and is a direct descendant of the Richard family of Tarbolton and Robert Strathdee of Craigengillan, factor-farmer at Coilsfield, to ‘Sodger Hugh’ the 12th Earl of Eglinton; and James Gibb of Auchmillan, who was a neighbour to Robert Burns. James Gibb used to sell Burns lime and argue with him about politics.

Douglas is also a martial-arts coach and personal trainer. A third dan in Jujitsu, he has studied Martial arts for over 40 years.